What a story! Everyone is talking about Joseph Nemaisa, the man who dramatically rescued his family from armed robbers, killing three of them on the spot, in pure movie fashion. He has however divided the nation, with others hailing him as a hero, while others are saying his story doesn’t add up.

Is he the proverbial John Wick, using his former detective skills to bring down criminals or is he John Vuligate, an accomplice who “opened the gate” to his home and only shot his colleagues after a misunderstanding? Alpha Vision Zim gives you an exclusive in-depth moment by moment analysis of this story.

The story actually begins on Monday the 6th of December around 21:45 with Nemaisa’s wife Fadzanai Musarurwa, arriving at her Chadcombe home in Harare. She said she remembers seeing three men near her house, but she did not really consider it.

Instead, she got into her home and soon after, she heard her dogs barking and she had an intuitive sense that something was generally wrong, so she instructed her brother to lock the doors.

That’s when the drama began.

As the brother attempted to lock the door the “robbers” began to force their way in, causing a bit of a power struggle. Nemaisa’s son immediately called his father and said “Daddy Tapindirwa” (Dad intruders are in our house).

The moment Nemaisa received that call, he immediately sped from where he was in Chisipite to his home in Chadcombe and was there in between 10-12 minutes. He parked his car a distance from his house, went through a vacant stand and jumped over the pre-cast wall into his house, armed with a strybok firearm.

Once in, he said he saw his dogs huddled together barking (everyone knows you don’t mess with John Wick’s dog) and immediately knew that there were intruders in the house and he fired a shot. He then said he did a 360, which is espionage language for going around the premises, to check if it was safe to attack the robbers.

Nemaisa said, one of the robbers peeped through a window and he shot him in the chest. Seeing that their colleague was down, two others ran back into the bedroom. In order to confuse and get them out of the bedroom, Nemaisa says he fired shots into the bedroom using two different windows.

He said he quickly moved to another position, where one of the robbers showed up in the exact spot that he had killed the first one. Nemaisa says he shot him in the head and he fell down immediately.

Nemaisa claims that another robber, who did not have a gun, instructed his son to pick up the AK 47 that was in the hands of the first who had been shot dead; he did this to avoid being shot as he picked it up.

Once the AK 47 was handed to him there was a lot of gunfire and Nemaisa says he shot the robber, who died on the spot.

The other two robbers managed to escape and were later apprehended by the Zimbabwe Republic Police.

As compelling as this story seems, the public has raised eyebrows, concerning various parts that do not add up and conspiracy theories have been discussed on social media.

Chief among them is that the whole issue is not about armed robbery but about a money deal that went sour, resulting in Nemaisa shooting his colleagues and disguising it as a robbery.

Why didn’t Nemaisa call the police? In his whole interview, you can tell that the thought of calling the police never once crossed his mind. As a former member of the force, isn’t this the natural reaction instead of going the lone ranger route, which is dangerous to both you and your family? Or maybe he did not want police near, because they would find out that it actually wasn’t a robbery, but a botched deal?

Is it possible to drive from Chisipite to Chadcombe in under 12 minutes, considering Harare’s traffic jungle? With persistent power cuts, most of the traffic lights are not functional, locking traffic sometimes for hours. Was Nemaisa really at Chisipite, or was he there all along and the whole robbery narrative is a hoax?

What was so valuable at his house in Chadcombe that 5 armed robbers would prepare a heist on that level? There are so many questions that make us wonder if Nemaisa is really the hero he is being made out to be, or he performed a “Vuligate” and let people through the gate of his home because they had some serious money deals to do. Unfortunately the deal got botched, and he staged the heroics.

In his defence however, there are some things that we have to consider about Nemaisa that make his story very believable.

He is a retired member of the CID crack team, the team has arrested robbers over the past 20 years and Nemaisa is no stranger to such scenarios.

Actually, Nemaisa joined CID homicide in 1994 and he rose to prominence when he solved the murder of a white farmer Charles Anderson in Chiweshe.

He used his investigative abilities and found out that the AK 48 rifle used to kill Charles Anderson had been stolen from an aide of then cabinet minister John Landa Nkomo.

It might have been actually possible to drive from Chisipite to Chadcombe in under 12 minutes, judging that it is about 10 to 12 kilometres away and one has to drive only slightly above 60km per hour to reach their destination in 15 mins.

If Nemaisa was travelling at 120 km per hour, it was actually possible to reach his destination in 6 minutes.

As a former member of the force, especially one who has had clashes with armed robbers before, Nemaisa is actually legally allowed to be in possession of such weaponry.

In conclusion, whether Nemaisa is John Wick or John Vuligate we cannot deny that whatever happened, is nothing short of a Hollywood script. 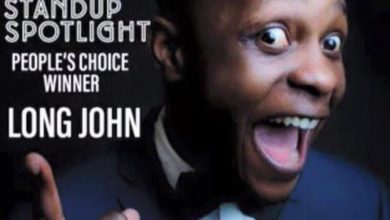 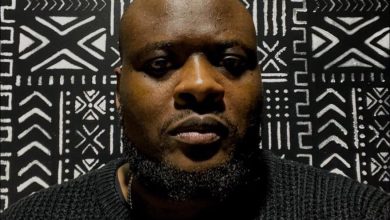 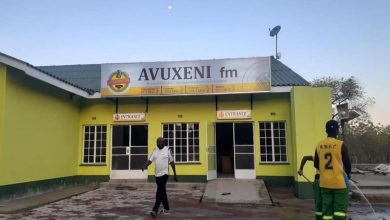